Added bacon to the game–even though it’s a meat and Web D.va doesn’t like meat, bacon is an exception! 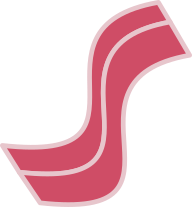 Currently, my plan and goal is to add features to the game so that I can call it an alpha version (although I realize now, before uploading this blog post, that this kind of thinking may be flawed). I might would have to do some feature freezing as I’m concerned about feature/scope creep.

I conceptually and strategically divide this game development project into two parts, the demo phase and the launch phase. The demo phase has the game at a completed state, allowing it to be demonstrated to others, just like how old Play Station games were marketed. The demo phase actually has a sub-phase, the alpha phase, that is in the beginning of the demo phase.

In addition to adding a bacon food, I added an onion and I plan to add more foods. To accompany these new foods, each one will have different attributes associated with them, like different spawn rates and varying amounts of health restored depending on the food.

I might actually need to not do that though, as that would be increasing the scope of the game. It’s useful to not have a large scope, to have your creation or product be simple and small so that it can be released quickly. The important thing, though, is to focus on making things happen, regardless of what I do.

Alpha, then Demo, then Launch!

There’s actually a whole lot more that I would need to do and want to do, but what I’ve said in this blog post should suffice for now. I actually planned to write around seventy parts for this Making a Commercial Game series of blog posts, but it may be taking time away from actual development of the game.