The first of a new series of blog posts that document the development and release of my first commercial game.

Before I discuss the game, I want to state some sort of manifesto or reasoning behind my recent actions and objectives:

I choose to make a video game with the intention of generating revenue from it, strategically.

True, but, essentially, I don’t want to, and I choose not to, go back to working common, local minimum wage jobs. I believe that the path that I’m choosing now is the better alternative that has better parameters; I believe that doing full-time independent game development is better than working a traditional low wage job. I predict that I will be initially making revenue less than that of a traditional minimum wage job. That may sound dire, but I will be, at the same time, working in better conditions. What a future digital maker lifestyle indeed–but it’s not the worst path that I could walk, and that’s a good thing.

What’s your plan then, D.va?

In this blog post, I’ll describe the nature of the proposed game, like what platforms I choose to target and the development operations I’ll execute.

The bottom line, up front for the game is that it will be a simple and small premium game. I initially thought to make a match-3 game, but after some brainstorms, I came up with a somewhat hip and innovative idea.

My pitch and explanation for this game would be something like “a game about dodging rockets that hone in on you and kill you.” 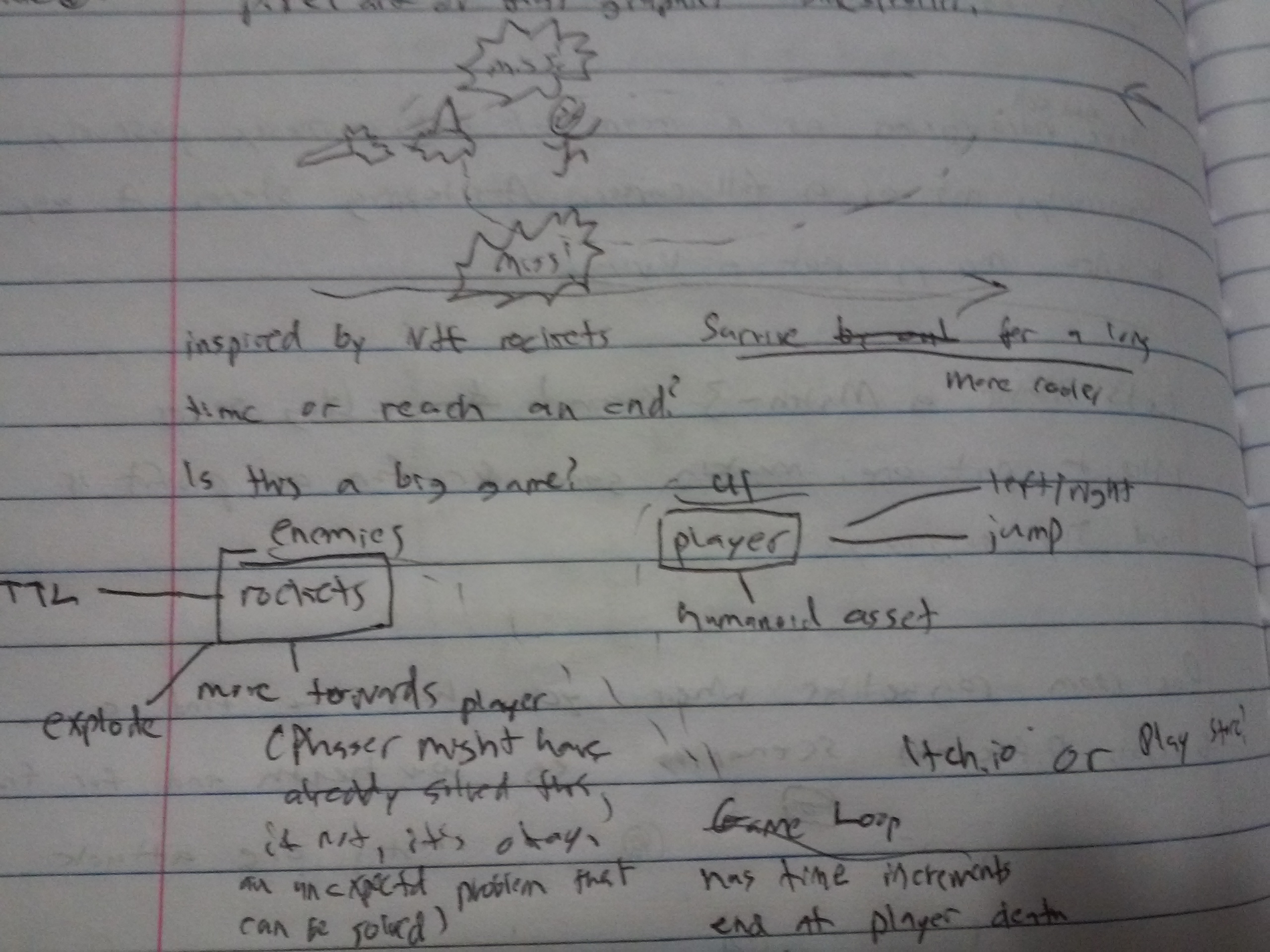 I’m not sure what platforms I would need to target to satisfy my business objectives, but I will be using Typescript and Phaser to develop the source code and I may use Electron, or something similar, to be able to run the game on more than just browsers.

Why a premium-based game? As a kind and compassionate developer, I believe that advertisements may detract from the gameplay experience. Still, I’m open to using an ad-based model as that may actually be the more compassionate and optimal choice by lowering the barrier of entry to playing the game. If I do make the latter choice, I would need to find a way to seamlessly integrate ads into the game experience.

There’s more pre-engineering and pre-campaign tasks, such as choosing the aesthetics of the game (which will be mostly pixel art and may include some flat graphics) and the target audience too (which I’ll just leave undefined as I don’t have the data analytics ability for it right now).

I decide to take on an iterative and agile approach where I create minimum viable products. I plan to release a free (and even open source!) demo/alpha of the early prototypes.

Predictions for the game

The bottom line, up front for the business side of things is that I define success for this game as making a total revenue of $118 in six months, after the release, but I predict that I will actually be 10% successful of that.

Actually, going from $0 to $1 in revenue would also be considered a success as that’s the whole premise of this new campaign, that of making and selling a digital product.

I also predict that I will be working 40+ hour work weeks on this game and other things as a game dev entrepreneur, releasing the game after six months of development.

This is a hunch and I don’t have any data science to help me here currently, but while I’m working and grinding as a digital maker, I’ll acquire more data science skills.

While coming up with ideas for the commercial game, I thought about simultaneously making another game that’s free and open source. Making free games helps with branding and marketing.

This new, free game would be a verrryyyyyy small roguelike.

I’m starting to realize that I should be asking myself, whenever I take on a new endeavor or project, “do I currently have the capabilities and circumstances to accomplish this,” or “can I come up with a smaller idea?” I also learned the cost of innovation by trying to incorporate advanced technology and methodology/policy (e.g., my previous data science and machine learning campaign). I currently don’t have the right circumstances to pursue such a competitive edge, in a strategic business sense.

The philosophy that I adopt right now is to start small and concern myself with big things only in the future, when I have strength and wealth to do so.