I made and released a web app, Baka Converter, that lets you make .MP3’s from Youtube videos.

I was going to abandon the project in favor of something more promising, but I grew a bias toward it, thereby being able to finally come up with a solution for creating an initial prototype after only four days of building. I faced a great challenge when I was trying to get the Angular frontend to work together with the Node.js backend. But thanks to the data and experience I gained this year, I was able to succeed with that task.

It was extremely difficult and challenging working on the project during this part, because I made the four-day prototype under trying circumstances. It was stressful, and having that curse of adepts, depression, anxiety, and a cold made it super stressful.

Nonetheless, possessing the fortune of great strength and intestinal fortitude, I persisted and forged on as I was imbued with my unwavering devotion to getting the treasures that I so desperately seek.

I’ve faced similar circumstances before, I think, like when I was in the military.

A wee bit of Bloodborne

In spite of the dark reality of blood and eyes,

Though lustful moons descend from the sky to engulf and trap me,

I still possess the strength to slay nightmares. 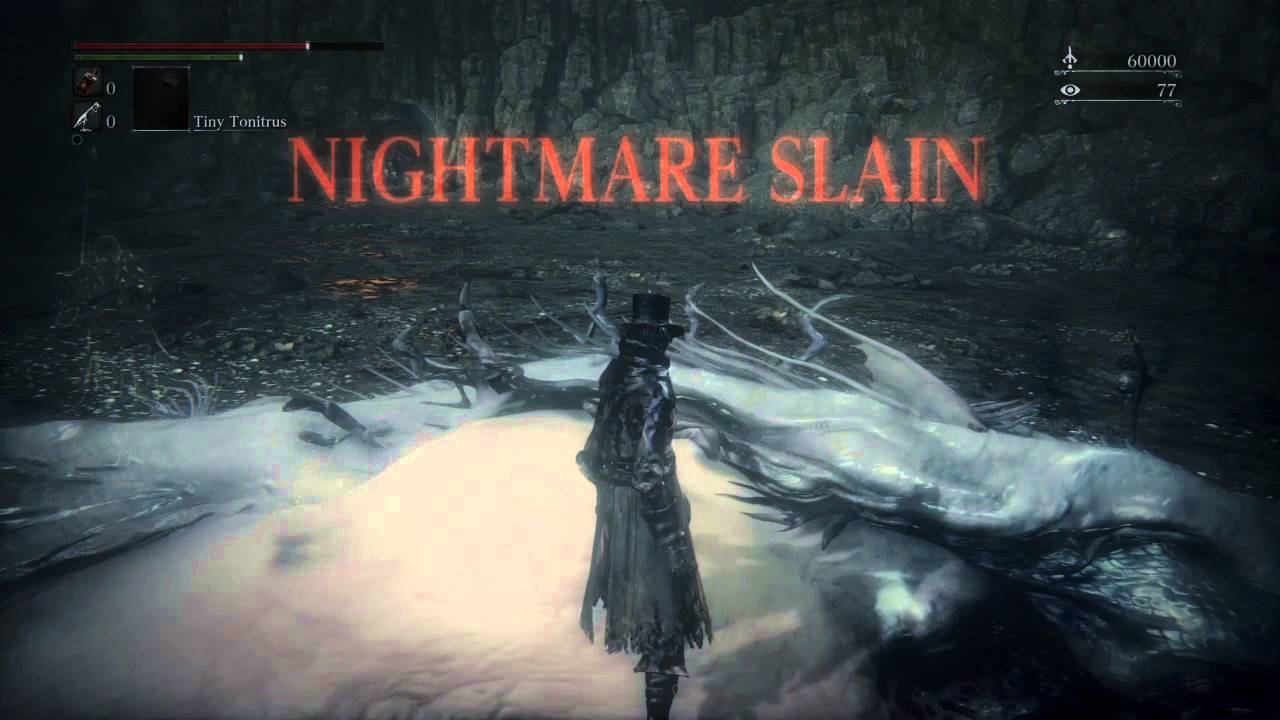 And that’s not all!

Even so, after much frustration and ultimately failing to implement the nice feature of having Heroku build the Angular frontend, I decided to let Angular compile and package the user’s frontend prior to deployments and let Heroku serve the pre-built Angular frontend.

lol never again will i make the mistakes i made during this project!

I was very anxious about the Heroku buildpack system for using FFmpeg (which the Baka Converter relies on for making the .mp3 files), but using it was easier than expected, even if it was just a small hurdle that was easily bypassed.

So, I was ultimately able to go from this… 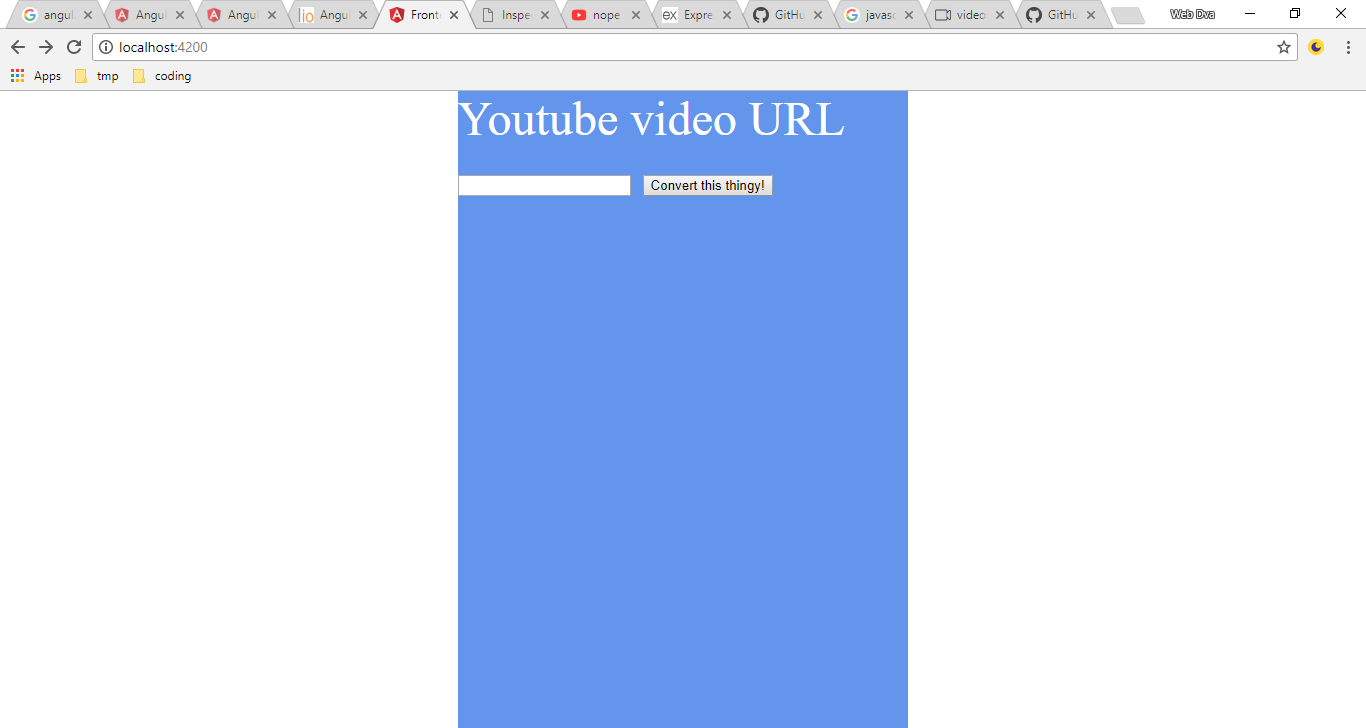 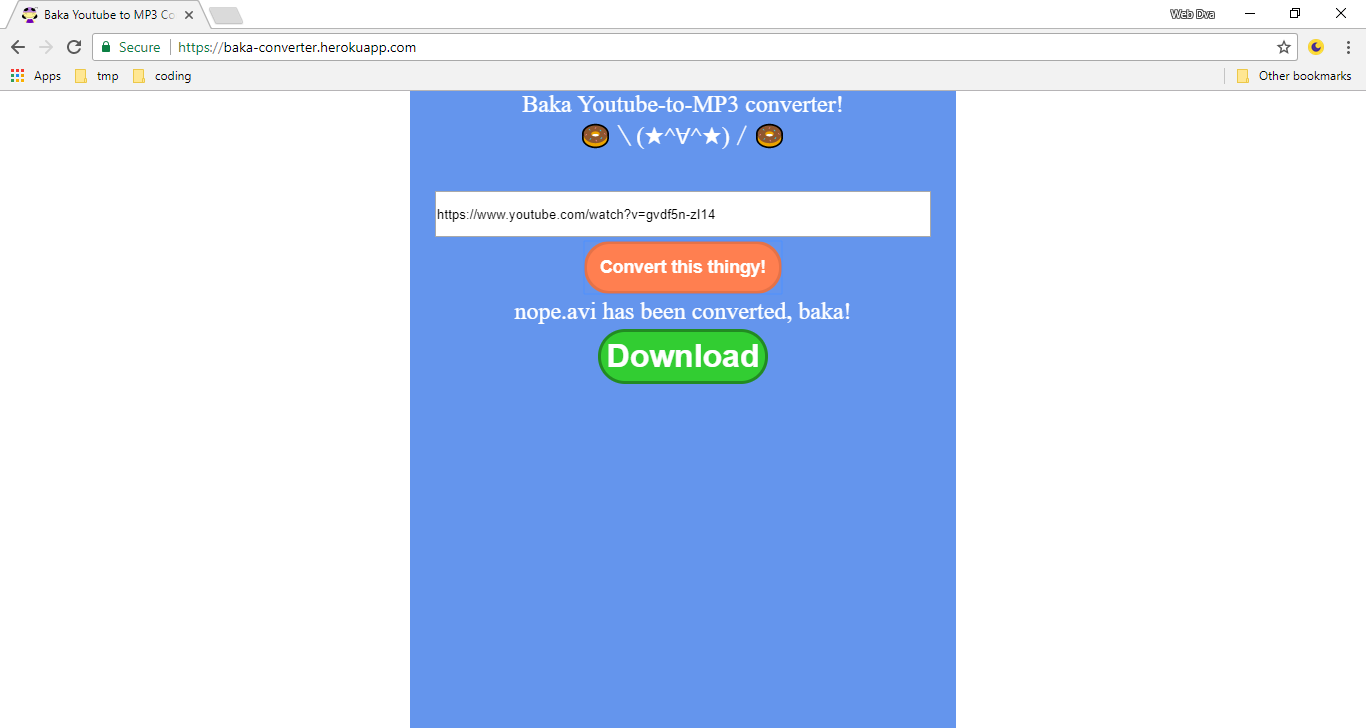 A working web app/service that does a simple thing for users.

Making and shipping makes me happy!https://t.co/RmPp4OiDdY

I tweeted the completion and launch of the project, but it got zero clicks there. Maybe I should’ve said something hip like “I made a thing.”

A future of growth

I plan to monetize it with unobtrusive ads. And add more features to it! I plan to iterate this so that it can grow, fulfilling the big vision that I have for it.

But if there isn’t a demand for a service like this or if this doesn’t provide enough value to people, then I would have only expended one week of development time and effort, thereby only enduring a minimal loss. On the bright side, I would have at least gained data and experience from making this thing.

Pretty soon, you’ll be able to call me a serial startup founder.