I initially participated in the 2017 js13k game jam. It’s a month long game jam with the restriction that you have to make a Javascript game in under thirteen kilobytes.

Given the constraints, I planned to make an old-school game like space invaders or Pac-Man. It’s a fitting idea, because the circumstances those games were made in are similar, having limited storage space to work with.

I was confident in my ideation ability, so I wasn’t worried about coming up with ideas. I was concerned, though, about doing things myself, like implementing my own collision detection or designing my own rendering loop.

Browsing the #js13k hastag on Twitter, I came across the Kontra library. It was specifically designed for js13k, so I happilly decided to use it. I like it. It’s inspirational.

At the start of the jam, the theme was announced to be lost.

My first idea was to make a game where the player is forced to lose and they would have to minimize the loss. I then came up with another idea, a bullet hell. Unfortunately, I didn’t believe that I could implement a bullet hell in a month without using a larger framework like Phaser.

So, the next idea for the game was, essentially, a minesweeper clone with just one row of mine objects. To adhere to the theme, I planned on making a game that made the player feel lost as to what was going on and how to play. I was basically going to intentionally make a bad game that included not having visual feeback or tells for the player, a badly designed user interface, and even instructions in another language, Japanese.

What I ended up with: 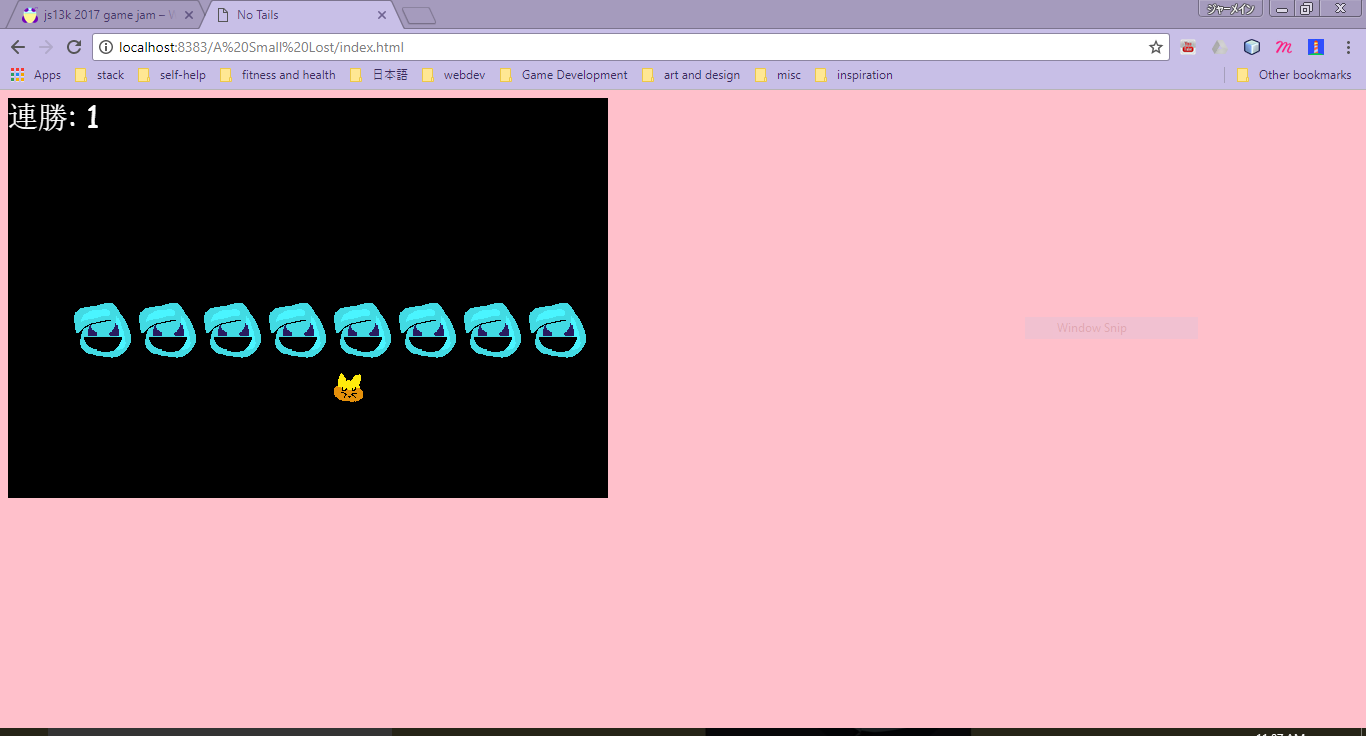 You can view the source code here.

Why I quit the game jam

To satisfy the theme and execute my idea, I wanted to implement a lot of features, but I estimated that I would not be able to do that in the time alotted. I also had other, in-real-life priorities to attend to, causing me to neglect the game.

I have a game idea implemented now! So, I can iterate upon it for making new games, which is part of my strategy for coming up with game ideas.

In fact, I have a new task: to quickly prototype a simple and small game and then work on it for three months, polishing it. Fortunately, using the code and idea from the game jam game, I’ve already started on the game and you can see my progress here. This will be the first game that I work on for more than a few months, I think. I want to really focus on it.

I’m also planning to develop a traditional roguelike, with a development time of two years.