A recommendation on the use of _blank

Guidance for developers who are interested in a wee bit of User Experience (UX) crafting.

The target attribute for the <a> HTML element/tag enables developers to control how links are opened in browsers. There are two values for this attribute that are of concern to us, _self and _blank.

When no value is supplied to the target attribute, then _self will be the value used as it is the default value. Its use instructs the user’s browser to open the <a> link in the current tab.

A visual example of the _self value being used as the default value:

In contrast, the _blank value instructs the user’s browser to open the <a> link in a new browser tab rather than the current one.

An unwarranted use example

When there exists extremely little content on the current page of a website, then it is highly likely that the use of the _blank value for the target attribute is unwarranted. An introductory landing page that is solely for introducing a yet-to-be available product or service is one such example.

A warranted use example

As an example of when it is appropriate to use the _blank value for the target attribute, I have a video game that has a feedback form which allows the user to visit a new page, a Twitter profile. 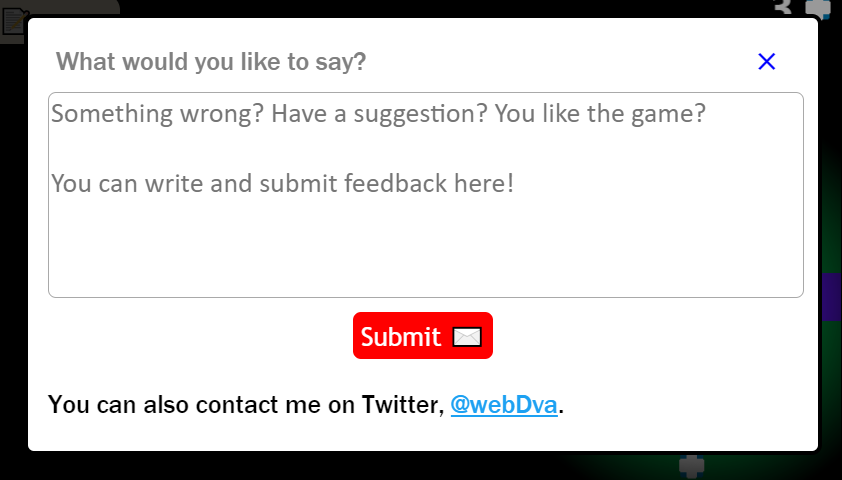 Since it’s an HTML5 video game, it is assumed or believed to be true that it would be very necessary to preserve the current state of the video game such as by not having the tab which contains the state be destroyed with the use of an <a> HTML tag link. So, the use of the _blank value for the target attribute here in this situation is preferred and acceptable. When the user clicks on the link that leads to the Twitter profile, a new browser tab is opened rather than the current one being used which contains the current video game state.

You have a lot of influence and power as a developer. Be concerned about the experience that you provide to your users and have empathy for your users.